What will happen, when some of the best musicians from Berlin get together to make music, just for the fun of it? You will see and hear, that the sum is so much more than the parts. Mix the texts and melodies from Götz Lindenberg with the spirited voice of Suzanna and you have Spreefalter. Should you have the opportunity to see them live, you will enjoy an evening with original Chansons from Berlin, humour, heartbreak, and joy, with melodies to contemplate about, or wich will make you dance. 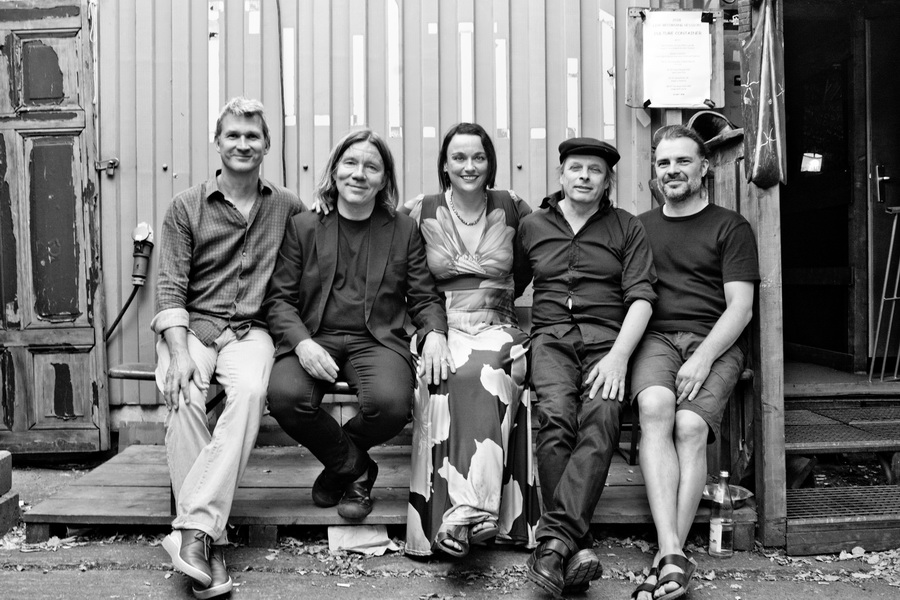 In her new Program “Illusionen” brings Suzanna famous Schlager songs by Alexandra, like “Mein Freund, der Baum”, “Sehnsucht”, and “Zigeunerjunge” back on stage. Also, with less famous songs like “Schwarze Balalaika”, “Moskauer Nächte”, “Abend der Rosen “, “Im sechsten Stock”, people will ask themselves whether Suzanna sounds like Alexandra or vice versa. She is accompanied from Valerij Pysarenko, on the guitar and Vladyslav Urbanksi on Accordeon.

“Suzannas presentation of songs by Alexandra must on this night have been a wonderful discovery for the audience – it certainly was a rediscovery for Suzanna. The packed Haus der Sinne in Berlins Prenzlauer Berg resounded with applause for the attractive songstress with the dark voice and also, of course, with applause for the two musicians, Pysarenko (guitar) and Urbanski (accordeon), who were besieged for encores until, finally, they could grant no further ones. To Suzannas delight Alexandras songs enchanted the audience throughout, and they all would have been saddened to learn that Alexandra died tragically early in life at the height of her artistry. On this wintry night in December her songs were just the right songs to spread an atmosphere of warmth and love in the Haus der Sinne.”

With her deep, expressive voice, Suzanna sings songs from Eastern Europe, Russian Romances, but als so Roma songs. She can be accompanied on guitar by Valerij Pysarenko, on violin by Daniel Weltlinger, by Vladyslav Urbansky at the Accordeon and on bass by Michael Jach.

Everything is allowed in War and Love

Suzanna has been singing about love for a very long time. Up to now it has been a one-sided story. Until she found her present partner. When she discovered, that he too, can sing, she brought him on stage. Together they present a program in which the joys of love, but also its sufferings are expressed humorously in all its beauty. This program is suitable for weddings as well as memorial and funeral services. She is accompanied by Valerij Pysarenko on the guitar and Daniel Weltlinger on the violin.

Other Programms in archive still available on request.